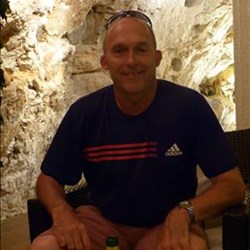 Absolutely sports mad, whether playing, spectating or coaching. JB took everything in his stride. He loved his family, his friends and life!

Always positive and upbeat, John was the best husband and father that we could have wished for and through his career in teaching influenced many lives. His passion for sport was well known. John was himself a superb sportsmen, coach and mentor to many. He valued his friends and throughout his life had an amazing and unique bond with his identical twin brother. He loved visiting family in Yorkshire and Cheshire from his home in the Southeast.

Prior to the onset of his illness in February 2020, John was living life to the full. He had recently retired from a busy teaching role and was enthusiastically planning holidays and adventures with his wife and friends – not to mention fitting in as many rounds of golf as he could. Then, in late February 2020, prior to the first lockdown, after feeling ‘not 100%’ scans revealed he had a cancerous mass on his pancreas. He was fortunate in that they were able to operate, and he underwent major surgery at King’s College Hospital London, a specialist centre. Because he had been fit and healthy, he made a very good recovery although having his pancreas removed certainly resulted in life changing circumstances. However, he took this all in his stride and managed the resulting diabetes and other implications with his customary organisation and methodical approach.

He began a course of chemotherapy and although there were some unpleasant side effects, he tolerated it reasonably well. As he recovered from the surgery, he began to resume some elements of normality, returning to cycling, walks by the sea, golf and family times (where covid allowed). He even returned to his former school to do some rugby coaching. Sadly, various scans showed the cancer had spread and after undergoing several intravenous chemotherapy combinations and exploring various trials, in the end he was unable to continue with treatment.

He passed away on the 11th of June 2021, just over 15 months after his first diagnosis. He was incredibly stoic throughout, never complaining and only once questioning why this had happened to him. He maintained a positive attitude to the end, and we are all so proud of the way he met this horrible disease head on. A very special moment was managing to attend his elder son's wedding, exactly two weeks before he passed away – he was so determined to be there.

Identifying this dreadful disease early is vital. We want to raise awareness of pancreatic cancer to prevent other families facing this same devastating situation. 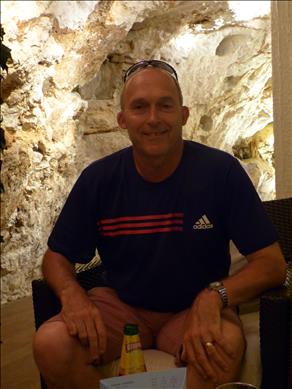