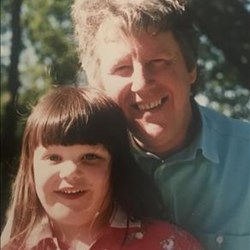 Quick-witted, hilarious and always had an engaging story to tell (even if he'd just been to the shops). Missed every single day 💜

I have set up this page to help raise funds for the absolutely amazing Pancreatic Cancer UK for their tireless work in fighting this vicious disease.

I know that everyone’s Dad was one of a kind, but my Dad really was. He couldn’t care less about sport and instead absorbed every inch of news with fascination due to his many years working as a journalist. We often used to write stories together when I was young and our love of stand-up comedy is what kept us so closely tied over the years (the sillier the better). Whenever I see Tim Vine or Milton Jones announce a tour, I smile knowing that Dad and I would have been at the front of the queue to buy tickets. That is until he started to become ill in 2015.

In late 2014, we lost my sister Rosie unexpectedly, and the grief we experienced as a family was unbearable. By mid 2015, Dad had lost around 4 stone in weight, became depressed, had various health issues and was eventually diagnosed with diabetes. Not knowing much about diabetes, we found it strange that he had been diagnosed having lost so much weight.

Over the following years, Dad wasn’t himself. He had lost his sense of humour and often had terrible nightmares and fugue states. At my wedding in 2016, he lost his words during his father of the bride speech – this from the man who was renowned for being the most eloquent and engaging public speaker and on the day he’d been looking forward since I was a child. Again, we blamed a lot of this on the terrible grief of him losing Rosie as they were so close, however on the 1st February 2018 we knew things were bad when he couldn’t get out of bed and his skin had started to turn a light, yellowish colour.

Dad was admitted to hospital on the 6th February and diagnosed on the 12th February with pancreatic cancer. One of my friends lost her mum to pancreatic cancer the previous Christmas, and I’d felt so awful for her following the news of her diagnosis and decline, and here I was living a very similar nightmare. On the 18th February, 6 days after his diagnosis, Dad passed away. The day before we’d managed to get as much of the family together as possible to spend time with him and after he was assigned his own room at the hospital. I was the last one to see Dad after trying to feed him at around 7pm and letting him sleep, before he was gone at 1am.

So this is why I’m here and asking for you to give as much as you can to Pancreatic Cancer UK, in memory of my brilliant Dad. In the last 50 years, pancreatic cancer survival rates have barely changed – while survival for other cancers has improved massively. Shockingly, pancreatic cancer is 8 times more deadly than other common cancers like prostate, breast or bowel cancer. It’s not fair that the 10,000 people diagnosed with pancreatic cancer every year in the UK should have to face such deadly odds.

Thank you for reading – let’s support Pancreatic Cancer UK in memory of my dad and to help anyone who is fighting this pernicious disease.

No donations yet for this tribute fund. 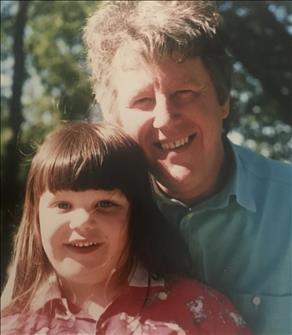 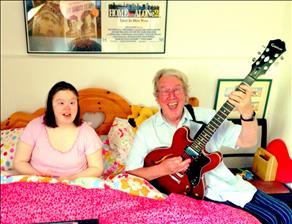 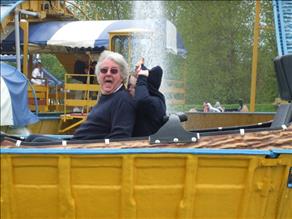