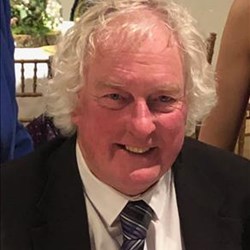 A larger than life character with a unique and colourful dress sense.

Anyone who knew Dad knows just how big a character he was with his exuberant dress sense, dry sense of humour and his ability to talk to just about anyone about anything. He was never one for blending in with his unruly, curly hair, his ruddy complexion and of course, his bright mismatching outfits often consisting of fluorescent orange shorts and odd socks! His dress sense (or lack of) even led to a young boy on a cruise recognising him from a previous cruise purely from his socks.

Dad had so many hobbies and passions, far too many to go into in just 3000 characters, but his biggest passions were definitely golf, philately, mountains, cruising and of course, his beloved Braithwaite towers and power stations. His knowledge on these subjects and his unbelievable memory was second to none, remembering the most obscure facts and often 'teaching' mom and I (although unfortunately our memories are nothing compared to Dad's). He loved to share his knowledge with friends and strangers alike, uploading photos of Braithwaite towers to facebook, quizzing people on dates and faces and sharing his expertise on the golf course.

To have to sit by and watch one of the biggest, most exuberant characters deteriorate and to watch him lose interest in his passions was heart breaking. There were just 39 days between Dad's diagnosis of pancreatic cancer and his death, during which the cancer caused him to deteriorate at an immense rate.

We hope to raise awareness of the speed at which pancreatic cancer can take hold of someone and to raise money to help researchers establish an early diagnosis method. 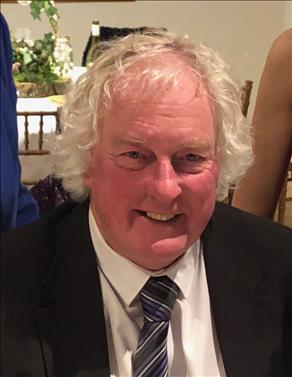