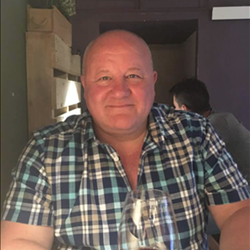 Once you met him, you loved him... The kind of man you couldn't forget if you wanted to... The man who lived his life by go big or go home

Neil was an amazing husband, dad and grandad. He was one of four sons born to loving parents and forever known as the "cheeky bugger" of the bunch. He worked as an IT salesman but actually had no interest in computers, forever asking his kids for tech support, he did however have the gift of the gab and an ability to draw in anyone who had the pleasure of meeting him.

He loved many things in life but travel, good food and horse racing were always his go to. He was incredibly lucky to venture to many destinations around the world, leaving us with so many photos that have brought tears of laughter and much comfort since his passing. He was forever the joker and took very little in life seriously except instilling in his children and grandson the solid foundations of life - always try your best, never lie, have the highest work ethic and be a grafter, see the world and don't spend what you don't have. Principles we all proudly live by.

Neil will forever be remembered for his love of a party, singing and dancing to all of his favourite songs, always saying what he thought - good or bad and being the best horse racing bet master around.

He was diagnosed with stage 5 advanced inoperable pancreatic cancer with metastasis in his liver and lungs in late June 2021. The diagnosis came as a shock as he had been under the care of his GP for a number of months to investigate his rapid and significant weight loss as well as other issues but cancer had been ruled out. He bravely made the choice of intense chemo treatments to give him as much time as possible - digging deep with his usual motto of "go big or go home".

He faced his diagnosis with determination, courage and great dignity using his story to raise much needed funds for pancreatic cancer research and Macmillan. He managed a few little trips away, a couple of race meets and plenty of winners and even worked until a couple of weeks before his death on 27th March 2022 at the all too young age of 57.

There has been little improvement in survival for sufferers of this disease for over 40 years which is not acceptable. More understanding and awareness is needed alongside essential funding for research, to find this cancer earlier and give hope to those diagnosed and their families.

His family will now follow his legendary lead and work tirelessly to raise awareness and vital funding into pancreatic cancer in the hopes that one day families will not have to face the trauma and heartbreak that we have. 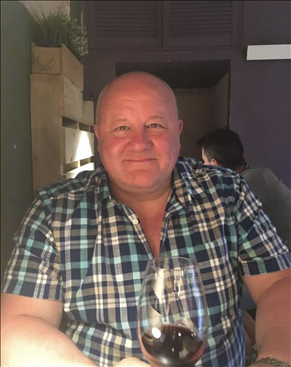