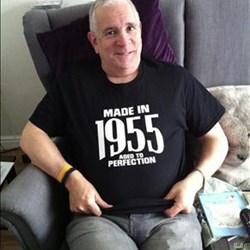 JP was first diagnosed in May 2016 - we remember the worry about whether he would see our son Nathan's graduation later that summer, or his 61st birthday or Christmas that year.

2 major surgeries and his resulting diabetic diagnosis; countless rounds of chemotherapy and a rollercoaster of emotions later; he had seen Nathan's 2 graduations; 5 birthdays; 4 Christmasses; travelled to Canada to see his Canadian family, traded-in his hybrid car for a fully Electric model and continued his lifelong passion of following the beautiful game by watching Chelsea FC and Haverfordwest County FC as well as taking a keen interest in Women's football.

It wasn't easy but every knock was accepted and then dealt with by positivity - hugely helped by the love and support from all his family, friends, co-workers and acquaintances.

His eclectic taste in music helped and he was known as the King of one-hit wonders as he delved into his vinyl collection for special occasions. He was known as "Harry" to some due to his first favourite song being Harry Nilsson's "Without You". Jennifer Rush' "The Power of Love" became another favourite in 1988. The Nolans remained firm favourites, together with his nephew's band Captain Tractor and the Kent based band CoCo & the Butterfields.

Thank You & Peace Be With You 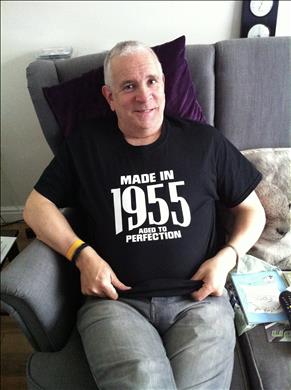