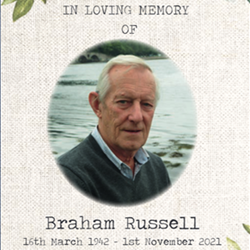 My dad was a very fit and healthy 79 year old. Always on the go, helping everyone else.

He started suffering from some slight stomach pain and constipation. Over the course of 6 weeks the pain worsened and he was struggling to eat and his weighted dropped by a stone. The GP thought he had a blockage in his bowel and gave him laxatives (despite the fact his sister died of pancreatic cancer).

He then developed jaundice and the GP booked him in for bloods the following week. He didn't make that appointment as he was rushed into hospital with severe jaundice. He had scans and blood tests and the following day he was diagnosed with advanced pancreatic cancer, which had spread to his liver, spleen and lymph nodes. We were given the devastating news that he only had weeks to months to live, possibly a little longer if they could get him well enough for palliative chemo.

He was transferred to another hospital for a stent insertion to relieve his jaundice, unfortunately he developed pancreatitis following this and also a clot in his lung.

We got him home for less that 48 hours before he died, 3 weeks to the day from his diagnosis, 10 weeks from developing symptoms.

This cancer took him so fast, we never even got the chance to see an oncologist. We didn't even get a chance to spend quality time with him before he died.

This cancer has very few symptoms until it's advanced, making diagnosis and treatment difficult. It has stolen my dad from us as it did my aunty 8 years previously. To watch a man so fit and healthy deteriorate so quickly in the knowledge there was nothing we could do was heartbreaking and has left everyone who knew and loved him in a state of shock.

We are supporting Pancreatic Cancer UK in the hope that it helps develop early screening and effective treatments for this awful cancer. And also look into the hereditary element of pancreatic cancer in the hope that screening can one day be offered for those who have lost relatives to this cancer.

Ultimately we hope that one day this cancer will no longer have such a poor prognosis. 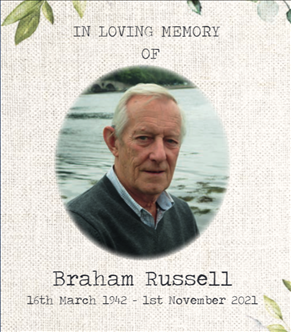