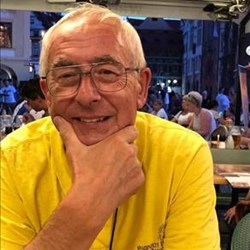 £3,430.00
A beloved husband, father, grandfather and brother, Chris was a force of nature. Enthusiastic, energetic and driven but always charming and gentlemanly, he was a man of strong intellect and passionate opinions who spent his whole life helping others and campaigning relentlessly to improve situations where it was needed. His multiple achievements were recognised at the highest level, including being awarded Membership of the Order of the British Empire and the Ordre Grand-Ducal de la Couronne de Chêne.

A proud scout for over 70 years, he devoted many years to this movement in the UK, Belgium and Luxembourg, becoming District Commissioner for Benelux as well as Group Scout Leader .

For the last four and a half years Chris has bravely battled pancreatic cancer. We have chosen to support Pancreatic Cancer UK for their unfailing support for us both on their listening helpline and their many personalised emails adapted to Chris's particular case and especially for their targeted research into early diagnosis. If it had not been for early diagnosis Chris wouldn't have lived for four and a half years after his diagnosis. His brother, also with pancreatic cancer but undiagnosed, died after ten weeks. Early diagnosis is key in this dreadful illness. Government funding is very little compared with money given for research into other cancers.

Please support generously this worthy cause in memory of the lovely man that Chris was. 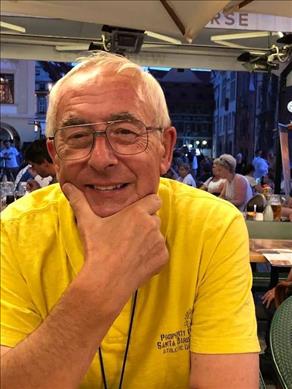